I’m a horror writer; I have a bit of an imagination.  I know I dream because it’s a scientific fact that we all do but I seldom remember mine.  Last night was an exception.  Before I get to that, a dramatic set up.


There’s this show I love called “Stranded”, where three regular people get stuck in a haunted location for five days and are tasked with investigating the paranormal.  One episode a guy lost his nerve and couldn’t follow some mysterious sound into the dark.  He was frozen in place by fear, and hated himself for it.  He said, “We’re supposed to be investigating this stuff and we’re running from it.  We’re the worst paranormal investigators ever.”  At the time I found it very funny.


Now, onto my dream - It was New Years Eve, I was home with my family and the world was about to end.  I knew this, as well as I knew anything.  I had no doubts; not even the comfort of suspecting I might be insane.  I knew, and I also knew there was nothing I could do about it.  My daughter had a few of her pre-teen girlfriends over; they were making noise and painting nails, having a good time.  My son was in his room, on his computer, probably on Skype with his friends.  My wife was going to watch funny videos online.

I decided to go to time square, Ground Zero for the first of thousands of portals that were going to open all over the world.  In the front yard of my neighbor Mario Ortiz, I saw the outline of a small portal already gathering power. Mario knew too, for some reason, I guess we had talked.  He asked if I was going, I said yes, and he offered to drive me to the train to get into Manhattan.  He also offered to give me his rifle; he doesn’t own a rifle in real life.


I thought about it a moment.  I wouldn’t get a rifle anywhere near Time Square on New Years Eve.  I didn’t know Latin.  I didn’t know any spells.  There was nothing I could do at Time Square, other than see how the Endtimes all begins.

I looked back at my house; saw my wife at the window, looking sad that I was going into Manhattan without her on New Years Eve.  I saw my daughter, screaming and laughing with her friends.  I thanked Mario, but refused the ride and the rifle.  I went home to be with my family, to watch funny cat videos with my wife.  They didn’t know the world was about to end, I hadn’t told them.  Why?  They were happy.  I wanted to be happy with them until it all just stopped.  One of two things was going to happen, the world would end or it wouldn’t, there was nothing I could do to stop it. 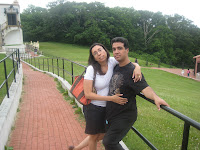 When I woke up I realized I would be the worst mythos investigator ever.  An investigator faces those odds, to try to save everyone, even if it appears totally hopeless.  I’m not an investigator.  I just wanted to be with my family as long as I could, see my wife laughing at videos of people falling down, hear my daughter screaming with her friends, knowing my son was safe in his room. 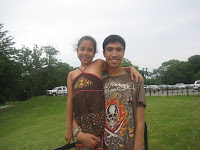 I’m not going to do any writing today.  I’m taking my kids to the Metropoltian Museum, maybe somewhere nice for lunch. Tonight, I am going to take my wife out to a surprise romantic dinner (it's okay, she probably doesn't read my blog).  Today I am going to be thankful for the small, but beautiful things in my life.  Today I am going to celebrate one more day, and live, pushing my dreams of Endtimes far, far away.