Learning to Swim, The Hard Way

I haven’t updated the blog in a while, I’m sorry about that.  I’ve been totally focused on finishing something I had no idea how to do.  It’s not the first time; I suspect it won’t be the last.  So, let’s talk about this. 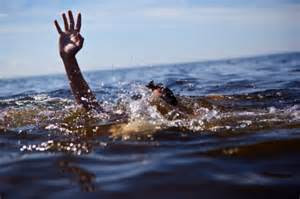 There is a school of thought that the best way to teach a child how to swim is to hurl them into water over their head, thereby giving them no real alternative rather than learning to swim.  They can drown, or they can swim.  The water rushing up their nose, down their throats and the utter terror they feel as their physical well being is threatened used as a teaching tool.  It’s Darwinism at work ladies and gentlemen.  I am sure people learn to swim this way, a few of them probably die, but hey, that’s progress.


Learning is important.  Gaining new skills is probably the only thing really worth acquiring. I’m all for learning new things, with a good teacher, taking notes, asking questions, a little hands on instructions, maybe with a couple of cups of coffee and some breaks to clear your mind.  I’ve had good teachers, I’ve learned a lot… I’ve also been hurled off the boat into water way over my head. 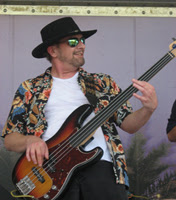 No, you don’t have to be angry at my parents for the way I learned to swim, I am talking figuratively.
I learned how to manage projects, put together manuscripts and publish books, along with my dear friend Tom Lynch.  We were learning how to do all this from an older, knowledgeable mentor named Keith Herber, as he formed his new company Miskatonic River Press.   We all put out a book together, which was well received, and started work on several others.  It was all going great and then, quite suddenly without any warning, Keith died.  It was a tragic loss.


So there Tom and I were, on our own with Miskatonic River Press adrift.  We could continue on or walk away to watch the company fade into the mists. Tom stepped up and took the wheel of the company, I had his back the whole way helping out as much possible, and we learned how to run a company.  It wasn’t pleasant, it wasn’t easy, mistakes were made and we got burned more than once by our inexperience but ultimately, in time, Tom and I learned how to do this.  Miskatonic River Press is still putting out great material which the critics like, the fans appreciate and that the company is proud to stand behind.


Now, several years later, I’ve started my own company called Golden Goblin Press.  It’s been going okay so far, I got a team together, approved pitches, assigned art, managed the project, did some promotion… chugging along just fine. I started feeling my way through starting a Kickstarter funding campaign, unfamiliar territory but I have great people with experience teaching me how to do that…  Nice, calm, organized… until.


So… You need a video for a Kickstater campaign.  You don’t need one, the way you don’t need a life boat or seat belt, but you CERTAINLY want one.  The people willing to help me do this were unable to.  Some who were able to help me were unwilling to. I wasted a couple of weeks calling for help, as the water rushed into my nose and my anxiety rose. 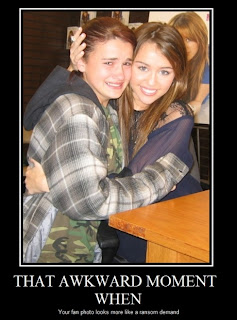 So I started trying to swim.


I downloaded some free video editing software, got a new SD card, played with my camera, and borrowed a tripod and digital recorder, read some online guides…  I learned because I had no choice BUT to learn or fail.  I did some test videos, downloaded some copy rite free music, some art owned by my parent company, uploaded some photos, recorded some voice over’s and learned how to edit film together.  I played with video effect, learned how to do things, forgot how to do them and rediscovered it again.  I lost a quite a few hours of work because I didn’t save my project.  I filmed myself, alone, and was told the footage looked like a kidnapping ransom video.  I got advice from helpful people, who were really too far away to physically help me.  Finally my wife stepped in to help me re-shoot the last half of the video, and we flailed and fumbled through the final process together.


Overall it was a brutal, demoralizing journey outside of my comfort zone. But the video is done.  Is it going to be the best video on Kickstarter? Nope. But the team agrees it’s not bad at all, all things considered. So, I now have a few new skills with filming and video editing.  Did I want these skills? Nope.  Did I need these skills? Yes, unkind ungrateful universe, apparently I did.


Sometimes having no choice is the moment when you have your greatest victories. However, those can also be the moments when you utterly fail, unprepared for the challenges placed in your path.  Dreams are worth fighting for, they are worth suffering for and we are all as resilient as we choose to be. Victory and failure may be variables ultimately out of our control, although we can do much to skew the odds in our favor. Surrender and quitting are choices.


I’ve never run a kickstarter before, or for that matter a publishing company on my own, but I have people helping me with that.  There may be moments to come where I will have to face things on my own which I am totally unprepaired to deal with. When those moments come, I'll deal with it.
Hey universe, I’m still standing and I’m not going anywhere. 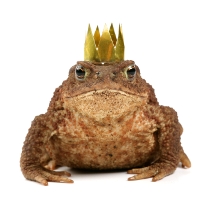 Sweet are the uses of adversity,


Wears yet a precious jewel in his head.