Twenty Years Searching for the Necronomicon 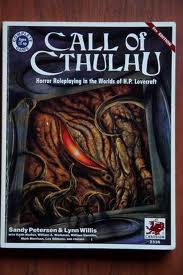 In the early 90’s I got into the Cthulhu Mythos, from the works of R.E. Howard and the H.P. Lovecraft.  I’d been a role player for years playing Dungeons and Dragons, Star Frontiers and soon learned about the game Call of Cthulhu.

It took a few years before I could persuade my friends to try playing it and a couple more before we had a cohesive game going.  About that time I heard about a H.P. Lovecraft convention called Necronimicon, held in his hometown of Providence, Rhode Island.  Of course I wanted to go to this but alas they stopped holding them nearly as soon as I became a serious fan.

The years went on…

Slowly the Call of Cthulhu Role Playing Game became a bigger and bigger part of my life.  I wrote more, became published more often, and even branched off into cosmic horror fiction.  Running scenarios at conventions soon became holding panels and seminars.  Writing my own scenarios became editing the scenarios of others.  Being published became publishing the works of others while working with Miskatonic River Press.  Then that changed to being in charge of a small publishing house producing supplements for the Call of Cthulhu Role Playing Game. 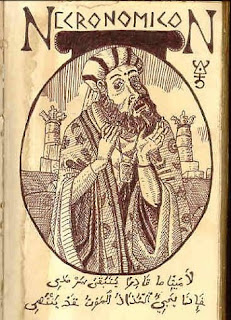 Then I stopped and looked back… to realize that twenty years has gone by.

The Necronomicon convention has returned and the day after tomorrow I will travel to Providence Rhode Island for the first time. I’ll be going with my wife beside me, who’s been my supportive partner in this journey the whole time. With us will be two dear friends, who are working hand in hand with me at my new company.  I’m going not as a fan, but a guest.  I’m going to be running games there and participating in a panel beside some of the greats, the people who created this game and made it great.  I’ll be sitting beside them taking about running and writing Call of Cthulhu games.

I’m thrilled and humbled; excited and nervous; proud and embarrassed; reflective on the past and hopeful about future.

I’ve done many, many conventions over the years but nothing as meaningful to me as this.  The stars have somehow become right and I am going to my first Necronomicon at long last.

I hope to see some of you there.